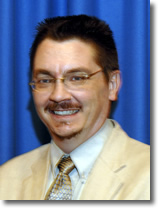 Dr Mitchell holds a Bacelor of Arts (Honours) from Wilfred Laurier University, a Master of Arts in War Studies from King’s College London, and a Doctorate from Queen’s University at Kingston. Following the completion of his doctoral studies, he worked as a post-doctoral fellow at Dalhousie University in Halifax in the Centre for Foreign Policy Studies, where he assisted with the production of the Canadian Navy’s “Adjusting Course” strategy. He also worked as Directing Staff at the Pearson Peacekeeping Centre on their Maritime Peacekeeping course in 1996 and 1997. He has worked at the Canadian Forces College since 1998, first as the Deputy Director Academics, and later as its first Director of Academics (DAcad). As DAcad, Dr Mitchell oversaw the development of the Master of Defence Studies degree following accreditation of the Command and Staff Course by the Ontario Council of Graduate Studies in 2001. Between 2005 and 2007, Dr. Mitchell was an Associate Professor at Singapore’s S. Rajaratnam School of International Studies at Nanyang Technological University and also taught at the Singapore Armed Forces Training Institute’s Command and Staff College. He is currently serving as Director of Academics again.

Dr Mitchell was awarded the Literary Award by the United States Naval Institute and the Surface Naval Association for his paper on Network-Centric Warfare and Small Navies in 2003, the first non-American and the first civilian to be so recognised. He was published in the International Institute for Strategic Studies’ prestigious Adelphi Paper series with his Network-Centric Warfare: Coalition Operations in the Age of US Military Primacy. He was made an “honorary graduate” of the National Security Programme in 2016. In 2018, he was recognized for his efforts to integrate design thinking into Professional Military Education by the International Military Design Conference.

Dr Mitchell is continuing his research on the impact of networks on military operations, particularly with regard to coalition operations and will publish an expanded study with Routledge in the summer of 2008. He is also working on how modern technology is confounding traditional analyses of military power and on a text on the use of film to teach concepts of strategic studies.