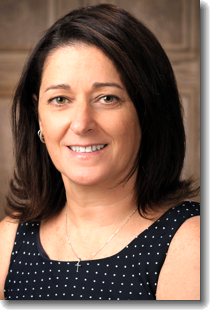 Dr. Grazia (Grace) Scoppio is a Professor in the Department of Defence Studies, Royal Military College of Canada (RMC), teaching courses in the Master of Defence Studies and Joint Staff and Command Programme, including: Gender Perspectives in Defence and Security Contexts; Leading and Working in a Diverse Environment; The Role of Culture in Whole-of-Government Approaches; Leadership; and Command. She is cross-appointed in the Queen’s University Department of Political Studies and is a Fellow at the Centre for International and Defence Policy at Queen’s. From January to June 2023 she will be on assignment as Acting Deputy Director Research in the Dallaire Centre of Excellence for Peace and Security within the Canadian Defence Academy. In 2021, she was a Fulbright Canada Research Chair in Peace and War Studies at Norwich University, Vermont, USA. From 2017 to 2020, she was Dean of Continuing Studies at RMC after having served as Associate Dean from 2013 to 2016. Between 2002 and 2013, she held appointments at the Canadian Defence Academy and the Canadian Forces Leadership Institute. Her multidisciplinary research includes diversity and gender in military organizations; immigration; military education; comparative and international education; and organizational learning. She presented at over 70 national and international conferences and authored or co-authored several publications, including: books, scientific reports, chapters in edited books and articles in peer-reviewed journals such as Armed Forces & Society. She has received grants and awards from the Social Sciences and Humanities Research Council of Canada, the Canadian Department of National Defence, and Fulbright.

Dr. Scoppio holds a Bachelor of Arts (Honours) from the University of Toronto, a Master’s degree from the Université Stendhal Grenoble 3 (France) and a Ph.D. in Education from the University of Toronto. She is an active member of various academic societies including the Inter-University Seminar on Armed Forces and Society, and the Comparative and International Education Society of Canada where she was part of the Executive from 2001 to 2021. From 2014 to 2017, she was the Editor (French) of the bilingual, peer-reviewed, international journal Comparative and International Education (CIE), jointly with the Editor (English) Dr. Marianne Larsen from Western University, and she is currently a member of the CIE journal Editorial Board. In 2013, the Commander of Military Personnel Command awarded to the CFLI, of which she was part, a commendation in recognition of CFLI’s development and implementation of a series of leadership programmes for Veterans Affairs Canada and the Royal Canadian Mounted Police. In 2018, she was a member of the first Halifax Peace with Women Fellowship Selection Committee for the Halifax International Security Forum. Due to her expertise, Dr. Scoppio is often contacted as a subject matter expert including to provide contributions to the media and to testify before Parliamentary committees on various topics related to the military.

Dr. Scoppio’s current main research focus is a qualitative study using narrative inquiry to gather stories of immigrant soldiers, aviators, and sailors serving or having served in the militaries of the Five Eyes countries namely, Canada, the US, Australia, the UK and New Zealand, entitled: “Stories of Immigrant Soldiers: Experiences of Immigrants in the Military from International Perspectives.”