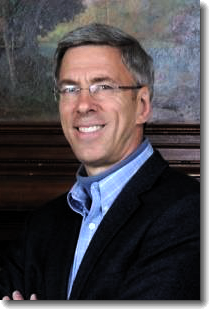 Dr Walter Dorn is a Professor of Defence Studies at the CFC and the Royal Military College of Canada (RMCC). He serves as Academic Coordinator for the National Security Programme at CFC. In the past, he served as Chair of the following: RMC Master of Defence Studies Programme and, at CFC, as Chair of the Department of Security and International Affairs; co-chair of the Department of Security Studies; and Deputy Director of Outreach and Community Development. He was also Chair (2008–2014) of Canadian Pugwash, an organization of physical, life and social scientists seeking to reduce the threats to global security.

Dr Dorn is a scientist by training, with a PhD in Chemistry from the University of Toronto, whose doctoral research was aimed at chemical sensing for arms control verification. He assisted with the negotiation, ratification and implementation of the 1993 Chemical Weapons Convention while working as programme coordinator at Parliamentarians for Global Action (1992-93). He addressed parliamentary bodies on several continents to support the ratification and implementation of this arms control treaty, and drafted a parliamentary declaration that was subsequently signed by a thousand parliamentarians.

His interests are now broader, covering both international and human security, especially peacekeeping and the UN. As an “operational professor,” he has gained direct experience in field missions. In 1999, he was a district electoral officer with the UN Mission in East Timor. He also served with the UN in Ethiopia and at UN Headquarters in New York as a Training Adviser with UN’s Department of Peacekeeping Operations (DPKO). He carried out DPKO-sponsored field research in peacekeeping operations in Central African Republic, Democratic Republic of Congo, Cyprus, Guatemala, Haiti, Lebanon, and Mali. In 2017–18, he served at the UN as “Innovation and Protection Technology Expert.”

Since 1983, he has served as the UN Representative of Science for Peace, a Canadian NGO, and addressed the UN General Assembly in 1988 at the Second UN Special Session on Disarmament. In the United States, he was a Senior Research Fellow at Cornell University (Einaudi Centre for International Studies, 1998-2000), a consultant at Yale University (UN Studies, 1996), a visiting scholar at the Cooperative Monitoring Center (Sandia National Laboratories, New Mexico, 1999) and adviser to the Federation of American Scientists (Biological Weapons Control expert group, 1990). At the Pearson Peacekeeping Centre, he designed and co-taught the course, Live, Move and Work: Technology and Engineering in Modern Peacekeeping. At the University of Toronto, he was a Research Fellow with the International Relations Programme and the Peace and Conflict Studies Programme (1994-96).

In 2001-2012, he was awarded the inaugural Department of Foreign Affairs and International Trade Human Security Fellowship.

In 2011, he finished writing a book titled Keeping Watch: Monitoring, Technology, and Innovation in UN Peace Operations, and in 2014, he edited Air Power in UN Operations: Wings for Peace. "Sometime soon", he plans to complete a related book on a broader theme, tentatively titled The Emerging Global Watch: UN Monitoring for International Peace and Human Security. It will analyse the monitoring methods for conflicts, sanctions, elections, human rights and global security generally.